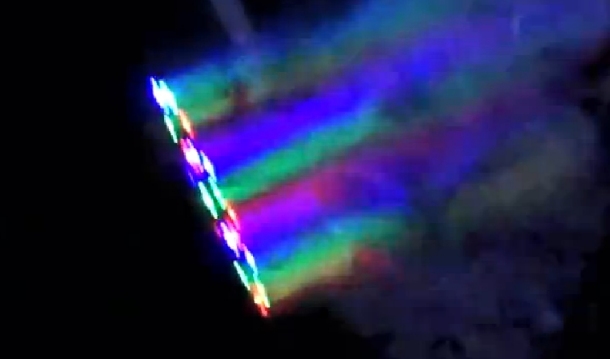 I’m going to throw a party for some friends with tonnes of 90’s house party dance music for the disco type thing and I wanted a strobe light to give that flickering effect.

I looked around for a while as I wanted one with colours in it aswell as just blue because lets face it – we can’t have a strobe light flashing away all night – everyone would be having a fit!

This is the one I came up with – it shows up as an Amzdeal strobe light, so I am not really sure who made it to be honest, its an LED PAR light though so I was a bit sceptical as to whether it would be bright enough.  Well no need to worry, it is.

There are loads of settings available which are accessed by using a small control panel on the back of the lights – four simple to use buttons allow you to modify the action of the lights to suit the party or music you are playing. 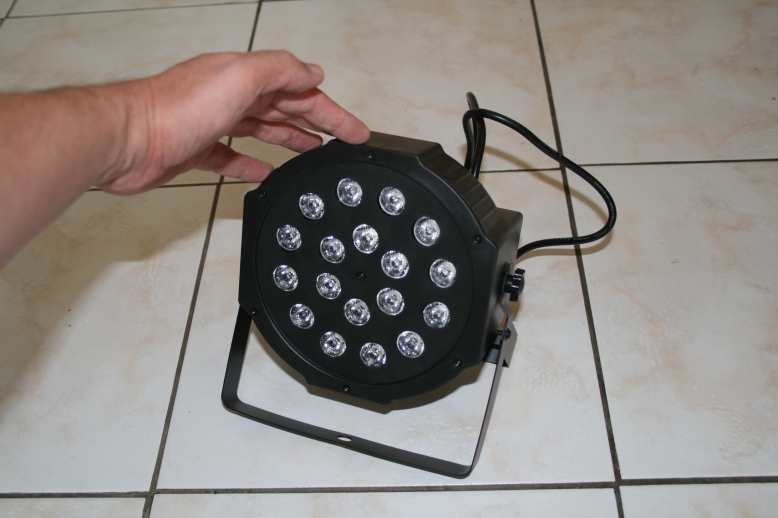 You can see from the photo that the unit is a good size without being obtrusive, there are 18 LED’s on the face of it and let me say – these are BRIGHT. You do not want to even look at these directly – at all, never mind even for a shortenned period of time.  Let me re-iterate – these are very bright indeed – so be careful, but at the end of the day thats what you want and need.

It comes with a wall mounting bracket for which you will need some screws if you want to hang it, but the bracket also folds out so as you can see it can be stood up on a table or shelf somewhere.  It doesn’t get hot so far as I can tell – this is due to the LEDs rather than traditional bulbs.

Watch the video by clicking the above link, theres my favourite dance tune on there to bob along to as the stroble pulses away.  Obviously videos taken in the dark aren’t always that clear – but the points I would like to highlight are that the room lights up – not just the immediate area around the unit itself.  Did I say these lights were bright?

Heres a couple of shots with the lights on after I blew some smoke on them from my vape.  So you can see that these would be effective with a cheap smoke machine aswell – just to get those party animals in the right mood!

I love these and would recommend them to anyone who wants to throw a garden party or an indoor house party (note they are not waterproof).  I would even go so far as to suggest they could be ideal for small discos in local community centers, wedding parties, 40th birthdays – you get the picture.

Don’t worry – they aren’t on fire – it’s just me puffing some smoke into the light beam for extra added effect! 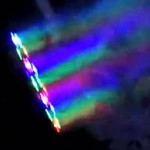