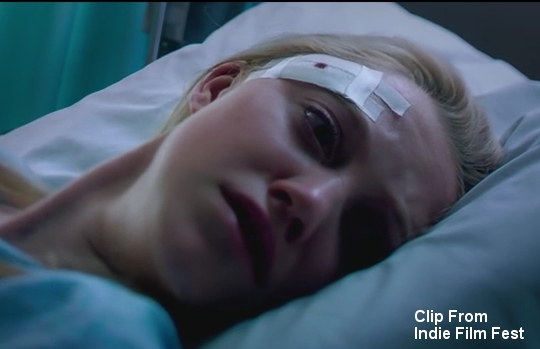 The 2014 movie “IT FOLLOWS” is a great film to watch if you are on your own at night in a dark room!  The writers and film makers have made a fantastic job of building up the suspense using unusual camera angles (for example close to the surface of water) and drawn out scenes where the fear builds as the victim “searches” or “waits” for the approaching terrible event – in this case being followed by a horrible nightmarish evil!

It is based around a stalking (following) demon of some kind which can morph into known persons or at the very least “appear” in different forms.  Whilst there is no background history to the origin of the evil, it will appear to a person – either female or male – once they have slept with someone who has previously been stalked by it.  So you become followed once you sleep with someone who has been followed.  This gives rise to thoughts of an almost infinite string of people.

The evil apparition will leave you alone once you sleep with another person, and instead of following you, it will follow them.  If it catches the person it is currently following, it will kill them, and then revert back to chasing the person who the dead victim slept with.  This is a horrid situation, as once a “current victim” has passed the demon onto the next by sleeping with them, they have to live in home that the demon won’t kill that person and come back to haunt them!!

The monster in IT FOLLOWS appears to those it is haunting as a person they know – sometimes – sometimes not, and it walks slowly towards them in a straight line.  It does not run.  So imagine yourself in this predicament – you could drive a hundred miles, but sooner or later the thing will turn up on your doorstep which makes for light sleeping to say the least.  It appears that there is no way to kill the follower, it can only be passed on to the next person, and even though it is passed on, the previous followed individual still seems to be able to see it (that’s another thing – only the person being chased is able to see the beast!).

All up this film had me on the edge of my seat from start to finish, it has a great opening scene which really gets the ball rolling.  The film is mixed in with some “coming of age” type story lines as the cast are mainly around the age of 18 or so.

It does not appear to have been produced on a huge budget such as the likes of Star Wars – but this does not matter as the skill of the author and the camera work make up for any effects which aren’t present on that kind of scale.  Having said this, the films story doesn’t warrant such effects and those provided whilst depicting the actual stalker / follower are more than suffice to give it the realism it requires to get you scared!

This film is so good I will watch it again – which is extremely unusual for me as once is normally enough for a horror movie.

Also notable is that this is not a fully blood and gore silly film the type of which we have all seen time and again – it gives the viewer something to think about on a deeper level and is frightening enough without the need for overkill on the deaths. 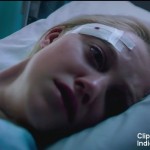